Have you ever stored a poison in a recycled water bottle? You might never do so again, after you read this – I know we won’t.

Good friend and life-long ‘ferret rescuer’ Sue O’Keefe was minutes away from becoming a widow yesterday… the culprit? A plastic water bottle…more precisely the substance in it.

Apparently Sue’s husband Mick was feeling a bit thirsty after feeding breakfast to the couple’s pack of rescue ferrets and grabbed what he thought was his re-purposed Gatorade bottle and took a big swig from it. 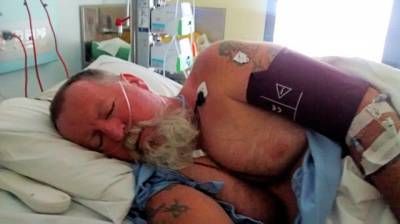 Mick had previously decanted the MEKP from a larger container to make it easier in case Sue’s boat needed some additional fibre-glassing.

Somehow, instead of being stored safely overhead, it was on his bench…and that single mouthful very nearly killed him…which is why we're writing this post to remind everyone about the dangers of putting poisons of any kind into drink bottles AND in particular, failing to label the bottle.

It all happened so quickly, which helps explain why thousands of people and pets are accidentally poisoned annually, with close to a thousand of those people dying from the exposure according to figures from the Australian Bureau of Statistics.

(Unfortunately the ABS doesn’t record the cause of pet fatalities, but it’s likely to be similar if not greater than the number of humans accidentally poisoned).

What happened to Mick? Sue was inside the house when she heard her husband scream in agony as the Catalyst burned its way down his oesophagus.

Here’s how she described it. “Within less than a minute, he collapsed in agony, went grey, couldn't breathe and his skin went ice cold."

Realising he was in a dire predicament, Sue dialled ‘000’ immediately which is undoubtedly what saved Mick’s life.

He was rushed by Ambulance to Wyong hospital where Emergency teams battled throughout the day and into the night to keep him alive.

Not only is MEKP Catalyst extremely corrosive, it also causes all the cells in the body to expel water, so as fast as Doctors could pump fluids into Mick’s system - his body couldn’t retain it - and it was seeping out through his pores.

Doctors later told Sue she’d been ‘just 5 minutes away from becoming a widow’. 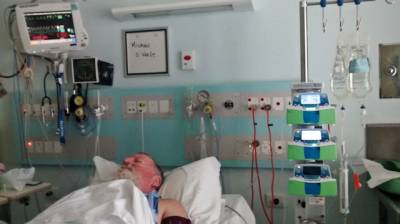 We only learned of Mick and Sue’s brush with death this morning when Sue sent a quick reply explaining why she hadn’t joined us yesterday (Sun 17th May) for the Hunter region’s RSPCA Million Paws Walk which we Emceed.

Fortunately the much-loved couple’s friends in their local community rallied round when they learned of Mick’s accident and took over the care of Mick and Sue’s ‘Five Star Ferrets Accommodation & Rescue' along with their other pets.

Today, Sue has this to say: “Please people..
NEVER EVER DO THIS. After seeing what he has gone through, I could only imagine if a child drank it. A lesson learned the hard way. Now the specialist has concerns that his liver may be damaged.”

We certainly hope that’s not the case… but Mick’s recovery will take time.

Sue says she’s just grateful he’s alive and so are we!

Please be extra careful with any toxic substances – both 2 and 4-legged companions rely on all of us to look out for them.

*To see an earlier story on Mick and Sue and their Ferret rescue – go here:
http://www.vettalktv.com/exotics-2/68-fancy-a-ferret

Tags:
poison dogs animals
No Sun? You Can Still Have Doggy Fun... Here's How...
Perfect Poultry?