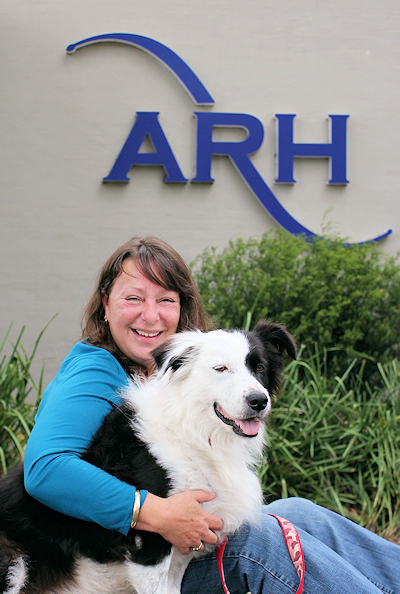 This medical procedure that saves thousands of human lives each year and is now one of the most promising treatments for dogs with lymphoma.

Lymphoma is one of the most common malignant cancers to occur in dogs and can be controlled for a year or more with chemotherapy, but is extremely difficult to cure, says leading veterinary oncologist Dr Angela Frimberger from the Animal Referral Hospital.

"Bone marrow transplant increases the cure rate to 30 - 40 per cent, offering the promise of a life without cancer, just like in humans," says Dr Frimberger, who developed the treatment for canines in the United States in the 1990s.

Bone marrow transplant involves replacing damaged or destroyed bone marrow (the soft, fatty tissue inside your bones) with healthy bone marrow stem cells (mother cells that have the potential to become any type of cell in the body).

"To treat lymphoma, canine patients are given high doses of chemotherapy to kill all the cancer cells present, followed by an infusion of their own healthy bone marrow cells that were stored before the treatment, so their body can rebuild its blood supply with new, cancer-free cells," she says. "To be eligible for BMT, patients must be in complete remission."

In September of last year, dog breeder Kate Booker (left) noticed a little lump the size of her fingernail in the neck of her five-year-old Border Collie, Muffin. By the time she went in to see her vet that week, the little lump tripled on Muffin's throat. Diagnostic tests showed it was lymphoma.

"We were told there was no treatment and she had a month to live, and possibly a year with chemotherapy. It was a shock to hear that," says Mrs Booker. " It would tear my heart out if we lost Muffin, so we decided we would do everything we can to save her. She still has several years left in her."

Mrs Booker drove an hour-and-a-half from her home near Wollongong to Homebush to see Dr Frimberger, who found Muffin to be a good candidate for BMT, which doesn't guarantee a cure but would increase her chances of a cure compared to other treatment options available.

"Today, Muffin is in complete remission and there is a one in three chance that she is now cured, but only time will tell us that for sure - in about two-and-a-half years," says Dr Frimberger. "Bone marrow transplant isn't for everyone or every dog, but it's great for pet owners, who wish to maximise their dog's chances of being cured from their lymphoma, to have the option to take up this cutting edge treatment."

As for Muffin, she had no idea what all the fuss was about. She's just tail-wagging happy to be enjoying her long walks on the beach again.